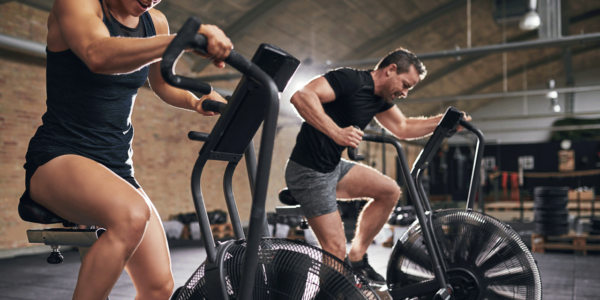 For those who compete in Bodybuilding, cardio is a big issue and philosophies are all over the place.  We consider ourselves “cardio minimalists”, with respect to offseason and contest prep.

Cardio is fantastic for general health purposes and it does well for fat loss, and keeping fat gain in check when used responsibly. However, cardio is not your friend when it comes to building an “optimal physique”. Yet on the same token, it will eventually become a necessary evil when it comes to getting stage lean.

I know that sounds confusing, so let me explain.

As a Physique Readiness Coach, our job is to help you reach your genetic potential so that you look your absolute best come stage time. To do this, you must optimize your metabolic rate which is actually quite simple.

It all starts in the offseason by putting emphasis on increasing your food intake as high as possible (while keeping your body fat gain reasonable) and lowering cardio to an absolute minimum. The reason is based on science, and quite frankly…common sense because the more cardio you do in the offseason, the less effective it is during contest prep. And this is why your offseason should be based on your workout program, nutrition and NEAT (Non-exercise Activity Thermogenesis) and little to no cardio depending on how active you are outside of the gym.

Even though bodybuilders have loaded up the cardio in the offseason and more so in contest prep, current research tells us that may not be optimal. A recent meta-analysis was conducted and found that the more cardio a competitior does, the more it hinders progress from lifting. And a second study concluded that the interference had an even more negative effect on advanced athletes such as bodybuilders.

There are two sides of this coin. Once you start your prep, calories should be high enough that you have plenty of room to pull from when fat loss stalls, and it will stall often. On the flip side, cardio should be low enough that you have plenty of cardio to add in, over time, without having to rely on hours and hours of it to keep fat loss going. Extreme doses of cardio typically lead to a slower rate of fat loss (and an increased likelihood of an all out fat loss stall), increased rate of muscles loss, slower recovery time, extreme fatigue at the final stages of prep, a less than optimal physique and a horrible rebound after the show is over.

Have you ever seen a competitor in the final weeks (or months) of prep doing hours of cardio multiple times a week? More often than not, progress stalls (a common problem in the lower half for females), the physique starts to show less muscle mass retention, and they are just plain worn out.  Too much cardio is often the problem.

But in full disclosure, there may come a time for some that we have to flirt with the “extreme” in the final stages due to unforeseen circumstances that may arise during prep like sickness, relationship or work issues, extra travel, etc. But, if you allow extra time in your prep to give yourself a cushion for the “unforeseen” situations, diets breaks and stalls, you should be fine.

The bottom line is this: Keep cardio at a minimum (and in many cases, none) during the offseason, so it becomes merely a last resort tool during contest prep, instead of the main focus for fat loss.

FacebookTwitterLinkedInE-Mail
What are Judges looking for in a Bikini Competitor?February 17, 2020 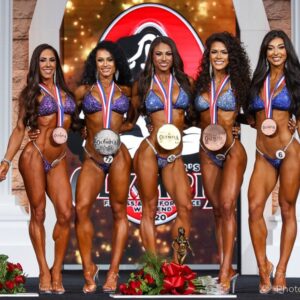 Do I Really Need A Coach for a Bodybuilding Competition?September 9, 2019