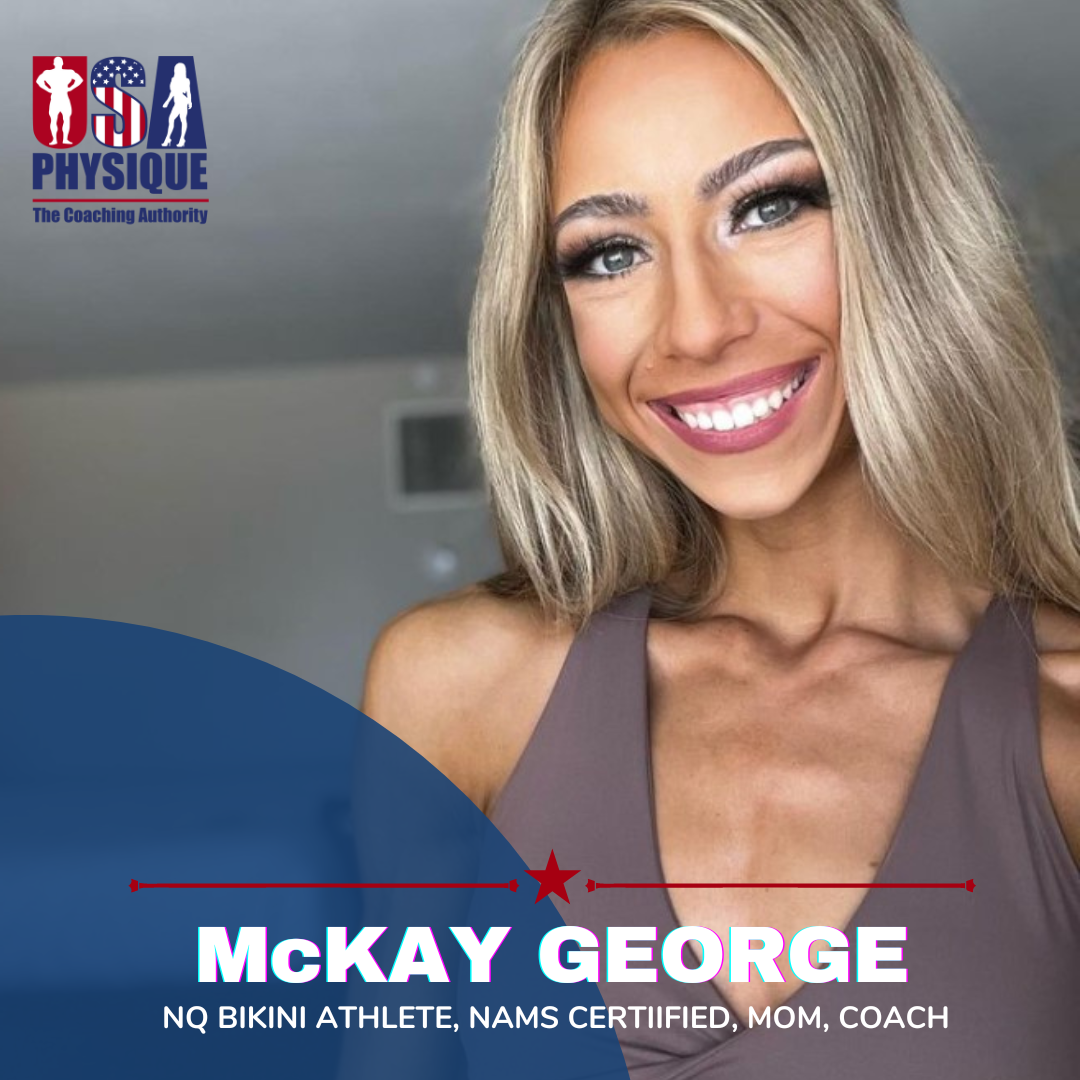 Competition Team Coach, Discovery Coach, Lifestyle Coach, Mom
Mckay is a Nationally Qualified Bikini Competitor and a Prep Coach for Team USA Physique. She loves working with all types of clients. McKay is passionate about "Bridging the gap between who you are and who you want to become, then witnessing your confidence flourish."

Born in Arizona, raised in Alaska, and heart stolen by Alabama, McKay has always been drawn to “individual sport” athletics. Although she swam competitively through high school, it wasn’t until her senior year of college that McKay discovered her true passion: bodybuilding. An ADHDer, Enneagram 5w4 and avid researcher-of-life, McKay spent a few years following the sport and its top-tier athletes, building up her resolve and confidence to jump in.

In 2017, she was diagnosed with an umbilical hernia, resulting from a very weak abdominal wall, that unluckily developed an infection (souvenir from swimming in a condemned hot springs resort in bush Alaska, but that’s a story for another day!) that she decided it was time. Recovering from surgical repair, McKay committed to never allowing her body to be that weak again.

She was enamored with Pro competitors like Ashley Kaltwasser and Angelica Texiera, their physiques a testament to their obvious next-level discipline. Something about them and the prestigious stages on which they competed pulled McKay in – she felt like it was meant for her too. Afterall, the only thing separating her from those athletes was the years and work it took them to get there. It was at that time McKay committed to the idea, “Why not me?” And it has since been her pursuit to become a professional athlete, hoping to one day not only compete with, but be competitive amongst, the best of the best. Because…why not?

McKay put her personal research into practice and learned to lift weights at her university’s fitness center, and then hired a coach in the summer of 2018 to compete in her first show later that year. Preparing over a summer, she competed in the 2018 Idaho Cup, placing 3rd in True Novice Bikini. Like many competitors experience after their first show, McKay was hooked on bodybuilding.

2019 was dedicated to a healthy pregnancy, birth of her beautiful daughter, and successful recovery from a cesarean delivery. McKay lifted weights safely throughout pregnancy and continued to follow the sport, knowing that as soon as she was cleared, she was going to go for it again. Her questioning and inquisitive nature led her to Team USA Physique in 2020. The team’s culture of logic, science-based practices, no-nonsense approach, and patience are what pushed her to join – she hasn’t looked back since!

Narrowly missing her IFBB Pro Card twice, she has yet to accomplish her goals; however, McKay views every loss as an opportunity to learn and improve. She feels deeply that she’s meant for bigger things, it’s just a matter of time and more work to get there. Time and work that she embraces fully.

McKay’s favorite part about coaching is bridging the gap between who you are and who you want to become, then witnessing your confidence flourish! She wholeheartedly believes that every person is worthy of achieving their dreams, regardless of how long it will take, how hard it will be, or how crazy other people may deem them.

When asked what they like about McKay, an associate said, “She is an incredible force of determination. She is an activist for positive body image and people accomplishing hard tasks. She’s not a believer of stereotypes, just a ‘come as you are and kick butt’ mentality. She promotes a healthy mentality [to] fitness and is just a super supportive person. She celebrates fellow athletes, and I’ve never heard her talk badly about anyone out of jealousy – which may not have anything to do with coaching but speaks to her enormous level of integrity.”

McKay currently lives outside of Anchorage, Alaska with her husband Kody, spunky daughter Henri and their dog Benji. Diagnosed with ADHD and PMDD (Premenstrual Dysphoric Disorder), she has a soft spot for those who struggle and holds bodybuilding (and exercise in general) to be one of the greatest tools in managing and improving mental health. When not coaching or training, you can find McKay doing toddler-mom things, studying nutrition labels in grocery aisles, experimenting in the kitchen, or cruising down an Alaskan backroad in her manual Subaru named “Not Steven”. 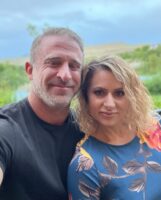 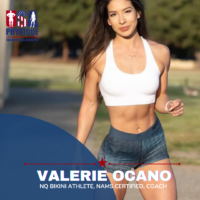